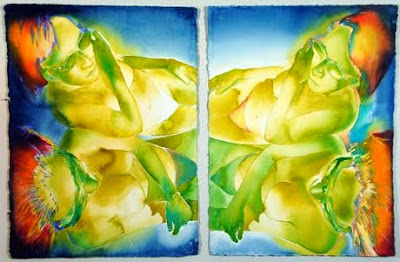 Carol Carter has been painting for 30 years -- exploring figures, places, and narratives. Her favorite narratives revolve around situations that face all of us -- including motherhood, passages of time, sisterhood, aging, connectedness, and other aspects of the human condition. Growing up in Florida, her strongest visual impression was of water as a center for human activity and, in much of her work, water provides the setting for anonymous figures. While evocative and sensual watercolors of swimmers are a signature theme, she is equally at home with dramatic botanical images as well as portraits. Her use of vibrant saturated color adds to the mysterious, seductive, intense and inviting images she paints. 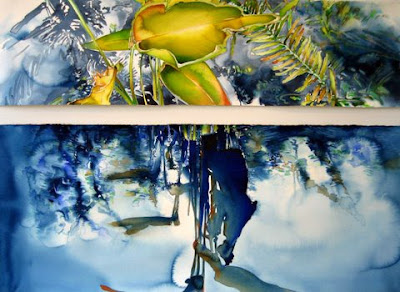 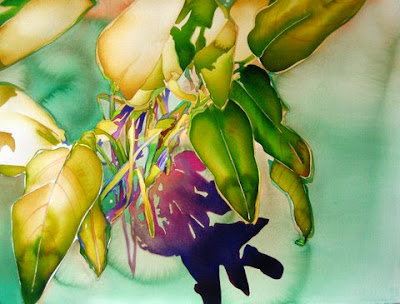 Carol received her MFA from Washington University, St. Louis, Missouri. She maintains a studio in St. Louis and teaches at the university level as well as conducting workshops throughout the country. She was awarded an MAA-NEA Fellowship in Painting and Works on Paper in 1994 and was voted Best St. Louis Artist by The Riverfront Times in 2000. In 2002 her work was chosen for the cover of New American Painting magazine and in 2003, the U.S. Embassy sponsored a solo exhibition of her work at the Teatro del Centro de Arte in Guayaquil, Ecuador. She was a visiting artist in Oslo and Stavanger, Norway in 1999, 2001, and 2003. The Turner Center for the Arts in Valdosta, GA held a retrospective of her work in 2006, and she also had an exhibition in Guayaquil, Ecuador in July 2008 and a retrospective at East Central College in Fulton, MO in 2009. Different Strokes, published in 2008 by Quarto in London, England, featured her work both in the book and on the book cover. Her work is represented in many public and private art collections. 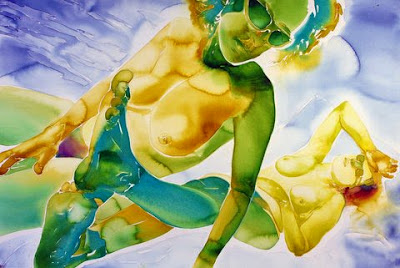 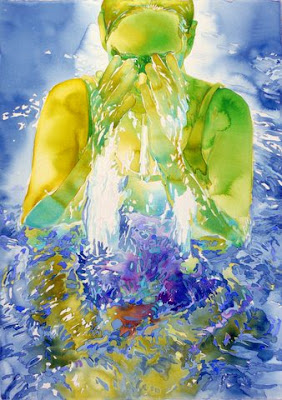 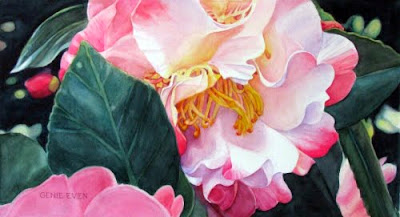 For Genie Even, the greatest excitement about a painting comes with the initial concept, and the greatest pleasure comes when all the components in the process meld to form the painting she visualized. She is drawn to dramatic light patterns, strong values, and exciting color. After sketching from her photo compositions, she begins a careful process of underpainting, developing values, and adjusting the color using transparent watercolor pigments. Although most of her work is realistic, her subject matter varies from floral closeups and unusual plants to figurative works and still lifes. Her work blends a high level of detail with arresting compositions and clear, brilliant color. 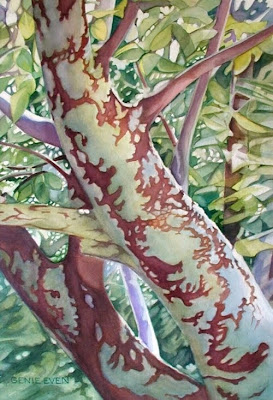 Genie is a native Californian who graduated as an art major from Scripps College; the well-known watercolorist Millard Sheets was both her professor and advisor. When she returned to full time art in the early 1990s, she studied with many talented watercolorists, including Cheng Khee Chee, Lian Quan Zhen, Karen Frey and Jane Hofstetter, among others. She is a signature member of Watercolor West, the California Watercolor Association and the Texas Watercolor Society. Her work has won many awards, including Best of Show at the Palm Springs Desert Museum, and one of her paintings is in the permanent collection of the Triton Museum of Art in Santa Clara, CA. 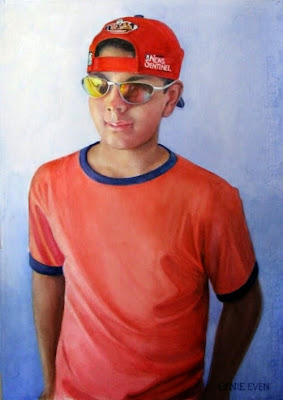 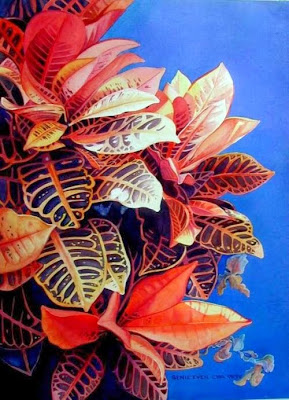 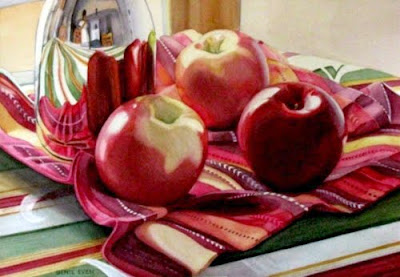 Chris Beck
I'm a watercolorist who loves color and pattern, and I like to mix strong design with amazing details for that special "wow" factor!! I'm a Signature Member of the National Watercolor Society and the Transparent Watercolor Society of America.